Why the Rolex Cosmograph Daytona Watches are Worth the Investment 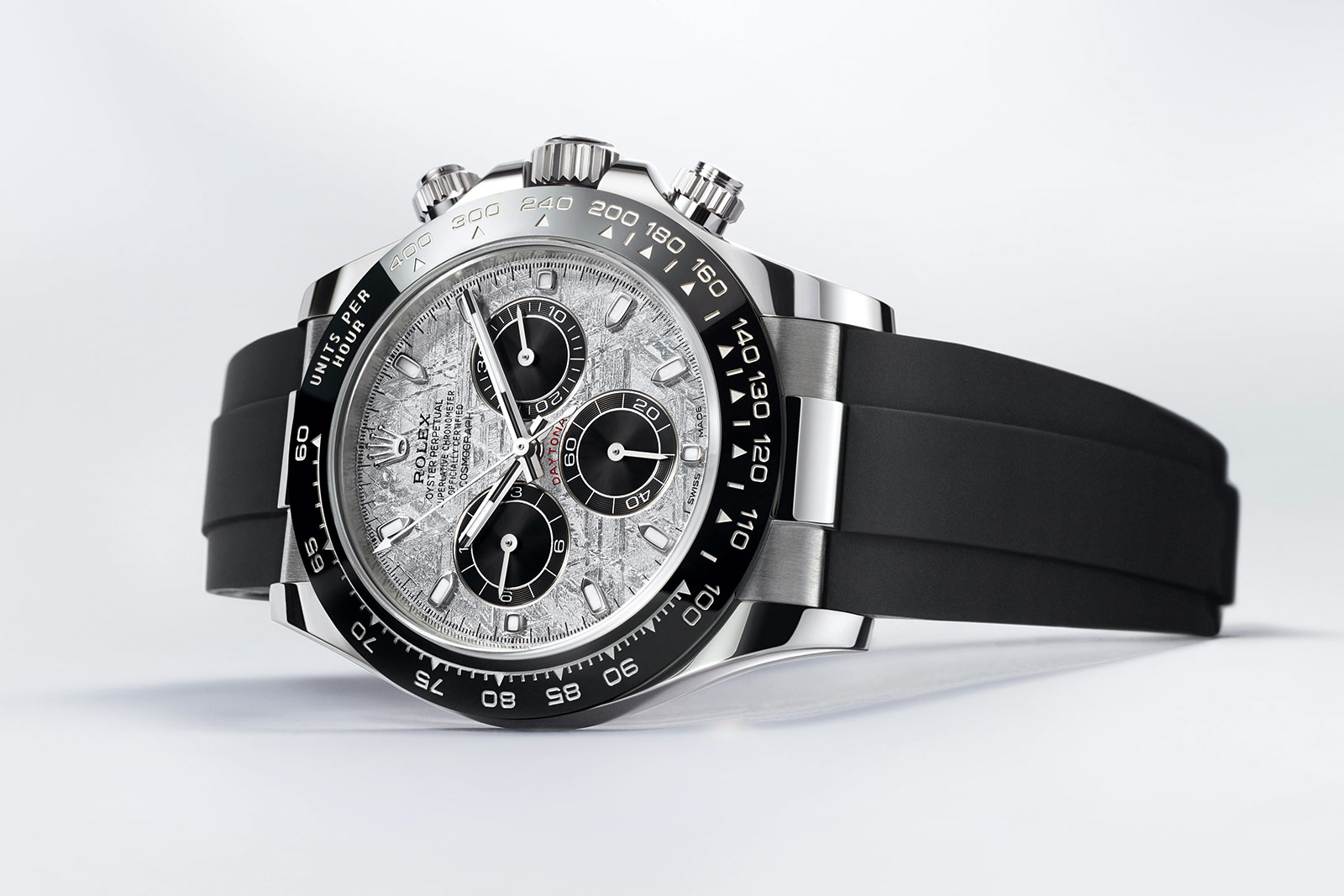 Why the Rolex Cosmograph Daytona Watches are Worth the Investment

In 1963, Rolex introduced the Cosmograph Daytona collection that is made especially for race car drivers. For the past years, this collection has gone through various reformations as it upgrades from the Paul Newman Daytona and pre-vintage Daytona up to the 2021 Cosmograph Daytona watches. This ceaseless rework has built a solid ground and reputation for Cosmograph Daytona as a practical and at the same time extraordinary piece in the horology industry. These pieces are also popular as celebrities are seen sporting some pieces from the collection. Some of them are Victoria Beckham, Ellen De Generes, Ed Sheeran, Michael Jordan, and Jay Z. Here are some of this things that you need to know about the model.

Three limited editions of Cosmograph Daytona have recently just been released by Rolex in 2021. These pieces accentuate the new meteorite dial seen in 18K white gold, 18K yellow gold, and 18K everose gold. The Cosmograph Daytona White Gold consists of a ceramic black monobloc Cerachrom bezel and a molded tachymetric scale. Whereas the Rolex Cosmograph Daytona Yellow Gold and Cosmograph Daytona Everose Gold have an 18K yellow gold and 18K everose gold bezel, respectively. Instead of a molded scale, these two have an engraved tachymetric scale. However, all three of them are built with high-quality performance and technology, as well as bracelets and clasps. Hence, the prices of these pieces range from $48,000 to $68,000.

The Vintage Daytonas or Pre-Daytonas are limited watches that existed around the 1950s and 1960s before the first Daytonas were produced. The Oyster Chronograph Ref. 6234 is one of the first watches before Daytonas, with only over 2,000 pieces produced, making it the most sought-after Daytona watch by a lot of watch collectors today.

The first Daytona, or more commonly known as the Oyster Chronograph Ref. 6239, was eventually released by Rolex in the 1960s. This timepiece made a good reputation and caught the attention of Paul Newman after his wife gifted him one.

Subsequently, Rolex released a watch that is named after him. This one has similar features to the regular Daytona except for its dial. Up to this date, both the Daytona and the Paul Newman Daytona remain a collector’s favorite.

In the 1960s, the Paul Newman Daytona watch debuted when the popular and professional racer Paul Newman was spotted wearing the Ref. 6239 Daytona that his wife gave to him as a present during his races. Not long after, he also gifted this watch to James Cox, his daughter’s boyfriend, who then made this exceptional piece break a record in an auction as the most expensive watch sold at $17,752,500. Thus, its name is greatly inspired by him.

Even though the original Paul Newman Daytona timepiece is not ideally the highest functional Daytona today, its value continued to grow over the years due to its exotic dial design and association with Paul Newman. 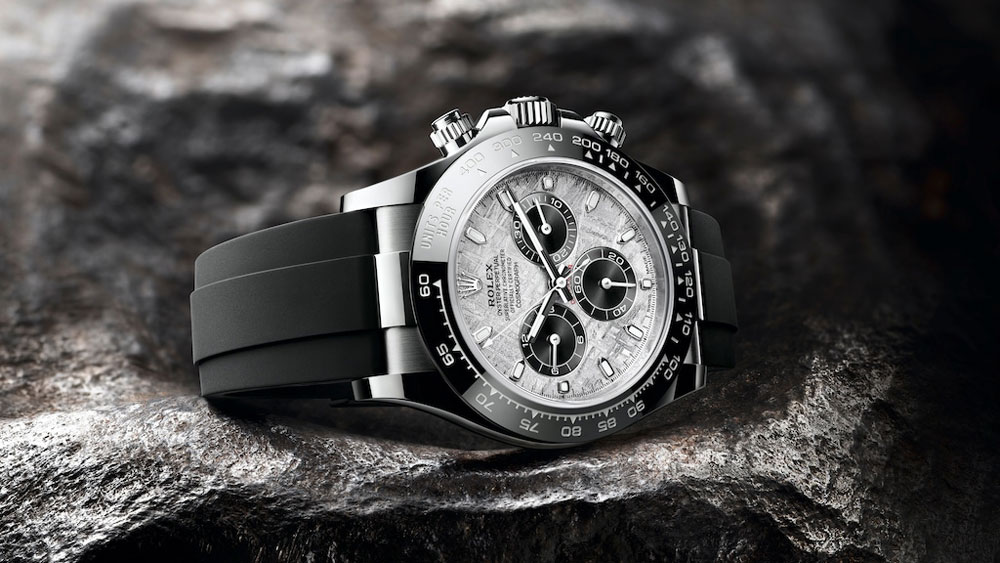 If you are planning to start a Daytona collection, the stainless steel in an automatic version Cosmograph Daytona Stainless Steel in Black Dial is the perfect starting piece to look out for. This piece has a case of oyster steel with a black dial and an oyster bracelet, that give a sleek and classic vibe to it. It also possesses a black Cerachrom bezel with a tachymetric scale, and this timepiece costs $38,769. And if you want a more monochromatic look, this is also available in white.

Furthermore, if you’re looking for something with a bit of color to it, the Rolex Cosmograph Daytona Platinum is the perfect find. It comes with an ice blue dial and an oyster bracelet that has a chestnut brown Cerachrom bezel with a tachymetric scale. The ice blue dial is a signature feature of Rolex platinum watches and is frequently priced at $169,419. The blue dial can also be seen in an 18k white gold casing, an oyster bracelet, and an 18k white gold bezel engraved with a tachymetric scale. This piece on the other hand costs $56,399.

Rolex also has timepieces made of the highest quality 18k gold alloys like the Cosmograph Daytona 18K Yellow Gold that is made of oyster steel and yellow gold. It comes with a black dial and oyster bracelet, consisting of an 18K yellow gold bezel with an engraved tachymetric scale. This particular timepiece costs $28,399USD.

Why the Rolex Cosmograph Daytona is a Good Investment

Rolex watches are timepieces that are good investments for watch enthusiasts. In Cosmograph Daytona, you do not only pay for function and reliability, but also for its features that can pervade until the end of time. That is why these timepieces are viewed as a good investment by most collectors considering that the value of luxury pieces generally multiples as time passes by.

One good example to look at is the Paul Newman Daytona. It was auctioned in 2017 and was sold at $17.8 Million, making it the most expensive watch sold. Although not all luxury watches can equate to that value, the Cosmograph Daytona and its crowd popularity give it a greater chance of going over that value as time passes by.

There are a lot of reasons why Cosmograph Daytona watches are worth your money. First, it is specially made for professional race car drivers that assure a high-quality function. Second, it features a caliber 4130 with a certified chronometer title that ensures an accurate quality. This collection’s new releases also come in sleek and fashionable designs, metals, colors, and diamonds, making it the hottest and most popular collection today. Thus, Rolex watches are truly a good investment, and the Cosmograph Daytona is the perfect collection to invest in for the next generations. 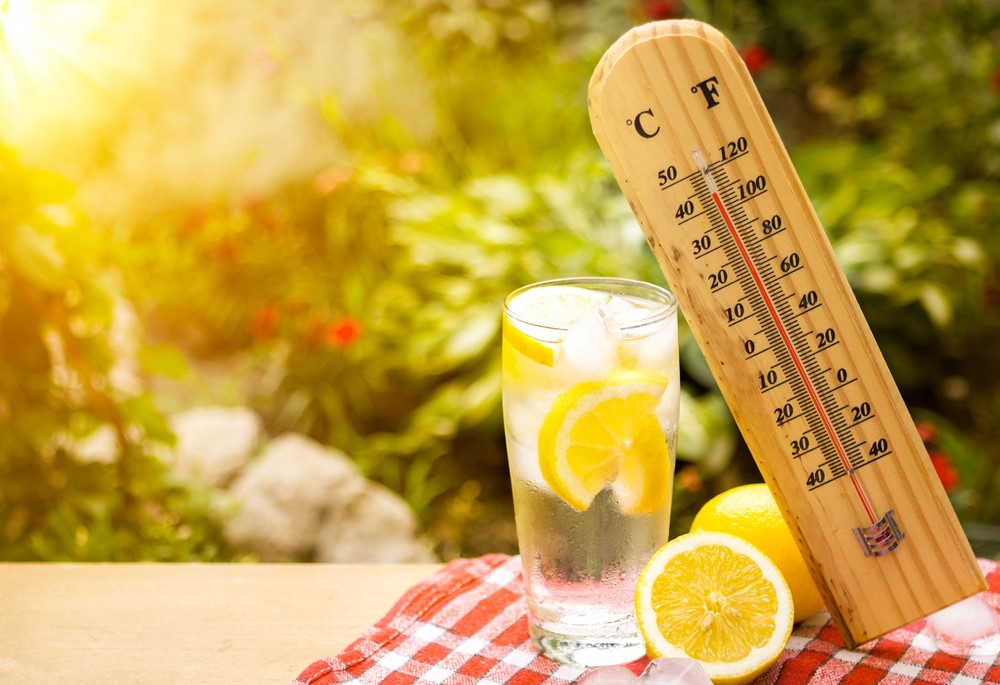 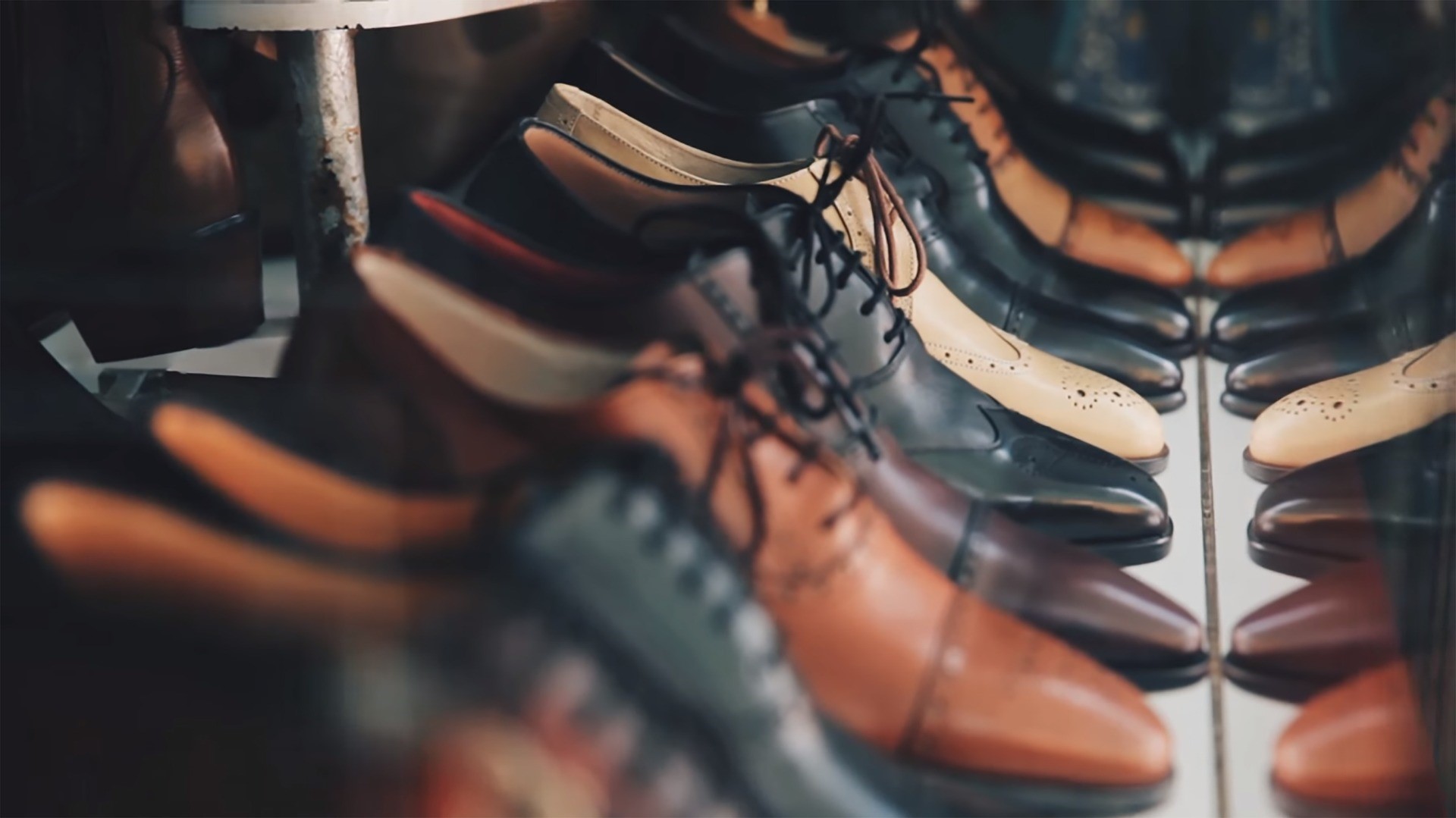 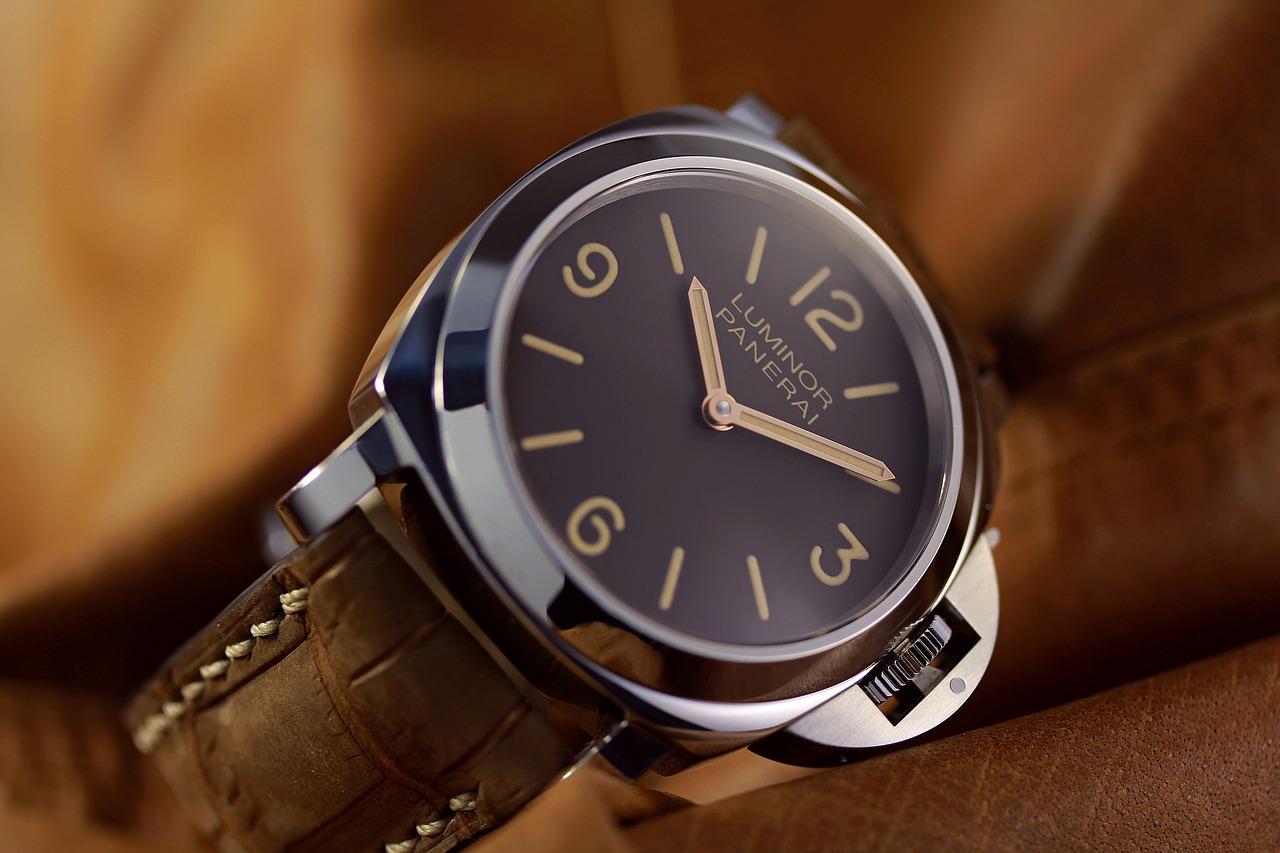